Building Trust and Psychological Safety in the Workplace

Trust and psychological safety are often thought of as “soft” topics – but they have very “hard” impacts, and show up all the time in our processes.

A high trust process looks something like this, pretty straight ahead right? 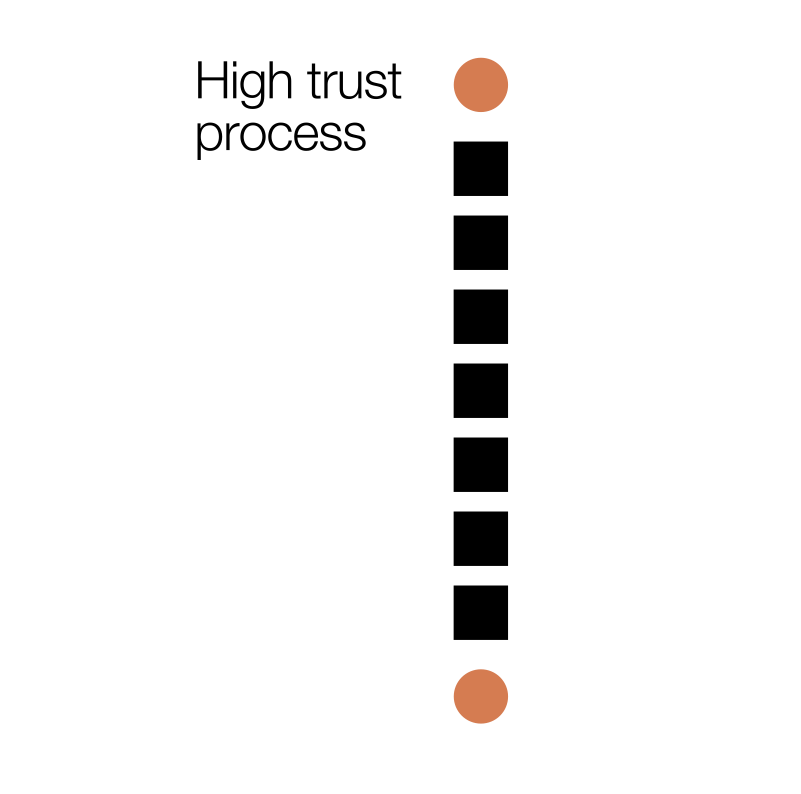 A low trust process on the other hand, meanders with lots of stops and starts, taking much longer as a result. 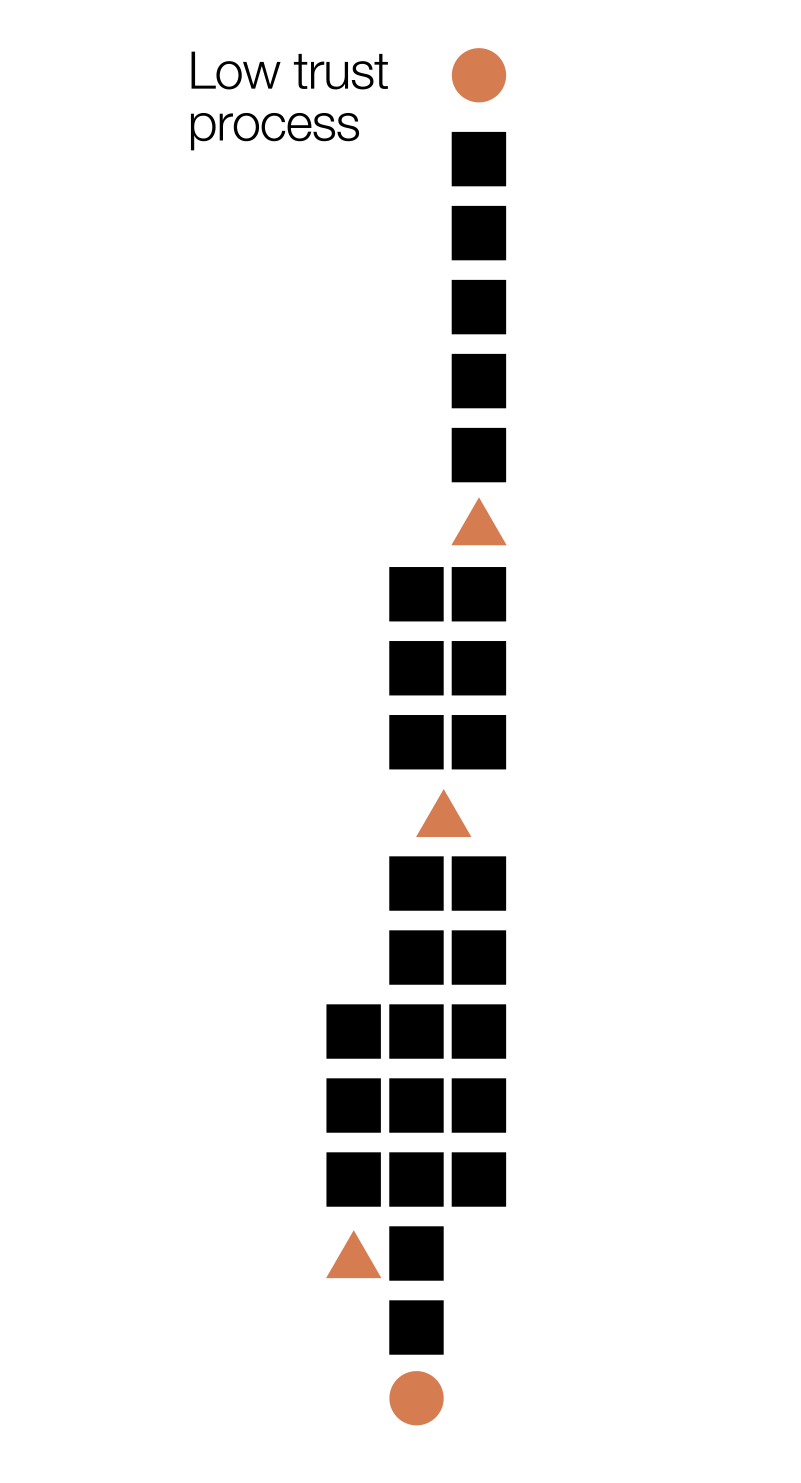 In 2015, Google published the results of a 2-year study to identify the characteristics of highly performing teams. They expected to find a “recipe” that could be replicated across the organization: hire one Rhodes Scholar, two extroverts, one engineer who rocks at AngularJS, and a PhD in Social Psychology– and Bingo!

But that is not at all what they found.

Instead, they discovered that the top-performing teams consistently had the following five key dynamics, in descending order of importance:

Amy Edmondson, a Harvard Business School Professor, has written and talked about the willingness to show vulnerability for the sake of team effectiveness. She calls it Psychological Safety, which she defines as “a shared belief that the team is safe for interpersonal risk-taking”. Such an environment allows for “voice” within the organization, which can translate into individual and organizational learning and development.  She elaborates in this excellent video.

A 2017 Gallup poll found that only 3 in 10 employees felt that their opinions mattered. Gallup estimated that by moving the ratio to six in 10 employees, organizations could realize a 27% reduction in turnover, a 40% reduction in safety incidents, and a 12% increase in productivity.

Similarly, the level of trust within an organization can also have a profound impact on productivity and its overall culture. Stephen M.R. Covey (Speed of Trust) talks of a “trust dividend” in organization where trust is high; and a “trust tax” where it is low. He proposes a relationship of:

Many people think that Trust is like Jell-o: you can see and feel it, but it is so squishy that you can’t really change it.

We think you can change it: by first defining it, and then adding a structure for evaluating its presence or absence, and taking actions based on this evaluation.

To Discuss Your Needs

Amy Edmondson on how leaders can immediately begin to build Psychological Safety: