Equipping government organizations with Lean know-how so they can do their work faster, better and more efficiently by improving processes and engaging their people.

Lean Agility is obsessed with making Lean practical and achievable for government. We combine Lean thinking and proprietary tools developed over 23 years implementing Lean in the public sector and apply it to teach public servants how to eliminate backlogs, find capacity, improve quality and deliver products/services faster.

We excel at improving high-volume transactional processes like permits and payments, but specialize in dramatically transforming the kinds of processes that take up a major share of government capacity like creating and approving documents and strategic planning.

We know how because our associates were once public servants who successfully implemented Lean for their employers and have brought Lean into more than 25 government agencies and departments as outside facilitators. We are committed to passing on our knowledge of Lean, leaving behind the skills you need to get results without outside help.

Why? Because we believe that a bad process should never get in the way of the good work of a public servant.

Craig Szelestowski is a Lean government and transformation specialist with close to two decades of experience implementing dramatic turnarounds in Canadian government. He started Lean Agility Inc. in 2010 to apply Lean exclusively to government organizations. With his coaching, his clients have reduced lead times by up to 80%, increased capacity by up to 200% and created outstanding levels of employee engagement.

In his public service career, as Vice President of Human Resources, Lean and Quality, he lead the Royal Canadian Mint’s Lean transformation which helped move the organization through a challenging era of cutbacks and job losses into an extended period of financial and organizational health and stability. During his tenure, the Mint realized tens of millions of dollars of Lean improvements, dramatically reduced the time and effort to deliver its products and services, moving from a financial loss, to a profit of over $68 million. In terms of employee engagement, it improved from 100 grievances per year to 20 per year and was named by Maclean’s magazine as one of “Canada’s Top 100 Employers” from 2007 to 2010.

Over a period of the past sixteen years, Craig has introduced and/or applied Lean in over 60 projects in more than 25 public sector organizations in Canada.

Craig has led the development of Lean Agility’s training curriculum including:

He is widely regarded as one of Canada’s foremost experts on the application of Lean to both knowledge/project based work as well as to more transactional work such as permits and applications. An excellent speaker and facilitator, Craig has been called upon to share his expertise at numerous conferences across Canada, including: the 2018 Canadian Lean Summit (Results, Not Resistance: Building Buy-in and Execution into your Lean Initiative), the 2016 Conference Board of Canada Public Sector Transformation Conference (Taking a Lean Approach to Deliverology), the 2016 Ontario Public Service Lean Community of Practice Symposium (Banish the Backlog in Non-Transactional Processes), the 2016 Canadian Government Executive Annual Conference (Deliverology: Risks and Opportunities from a Lean Perspective) and the 2015 Canadian Government Executive Annual Conference (An introduction to Lean Government).

Craig has served multiple times as a part-time professor at the Telfer School of Business at the University of Ottawa. He is currently the co-designer and instructor of Telfer’s White and Yellow Belt Lean Service programs and teaches Lean to Telfer’s MBA students.

Craig offers his services in both of Canada’s official languages; he served as the Mint’s Official Languages Co-Champion from 2004 to 2010. 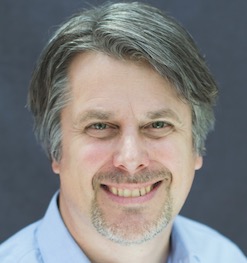 Book Craig to speak at your town hall or conference.

Presentations typically run for one hour but can be customized to meet the needs of the organization, i.e. leadership retreat, town hall, conferences and more.